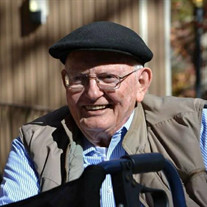 Carolina Community – Edsel Wayne Conwill, 82, passed away on Saturday, November 25, 2017, at Diversicare Nursing Center in Amory. Born on July 30, 1935, in The Carolina Community, Nettleton, MS, he was a son of the late Presley Bailey and Dora Bell Elliott Conwill. After graduating high school from the Itawamba Agricultural High School, he attended Itawamba Jr. College before attending University of Mississippi. He graduated with the class of 1957 from the University of Mississippi where he received his B.A. in Business Administration. An intelligent young man, he was a member of the Beta Alpha Psi Honorary Fraternity. Edsel married the love of his life, Mavis Alline Simmons on June 16, 1962 and they were blessed with two daughters. A great provider, he worked for over 30 years at the Peoples Bank and Trust Company aka “Renasant Bank”. He was a cashier, controller and retired in 1990 in the position of Senior Vice-President. Edsel was a lifelong member of the Carolina United Methodist Church and a lifelong citizen of the Carolina Community. The CUMC members are like family to him and he served as the treasurer for many years. He was a servant who loved the Lord and his church. The Conwill family’s heritage runs deep in the Carolina Community as they have had the original family farm for generations, dating back to 1847. Edsel was very proud of his roots and helped instill the same pride in his family so that it will be carried on for many more generations. A true family man, Edsel loved his wife dearly and they were married for 55 years. He cherished his daughters and loved his grandsons. The precious memories he gave them will live on in their hearts forever. He was the picture perfect example of a loving husband, father, grandfather, brother, uncle, neighbor and friend. A lover of the outdoors, Edsel could be found riding his ATV and his treasured old Ford Tractor. In his spare time, he liked to tinker in his shop and the Grist Mill. He liked spinning tales and sharing stories about the community and his family history. A friend to all, Edsel will be missed dearly by all that had the pleasure of knowing him. His family was blessed to have such a great role model and they will cherish the legacy he left behind. He is survived by his loving wife, Mavis, Carolina Community; daughters, Dixie Conwill Alim (Naveed), Amory, Angie Conwill Hall (Jeff), Nettleton; grandsons, Christopher Conwill Alim, Cameron Bailey Alim, Roy Joseph Whitenton II, Jeffery Cole Hall, and Evan Nicholas Hall; sister, Jimmie Conwill, Amory; brother, Lawrence Conwill, Florence, AL; brother-in-law, Jerry Simmons, Fulton; nieces and nephews, Dee Ann Larson, Mark Williams, Lorrie Gillentine, Jay Simmons, Angie Fears, Kennon Hood, Larry Conwill, Lynn Hogan, Robert McDonald, Sandra Dempsey; special friend, Vera Hogan. In addition to his parents, he was preceded in death by his sisters, Mable Hood, Hazel McDonald, Nelda Justice; sister-in-law’s, Sylvia Russell and Doris Conwill; brother-in-law’s, Barry Simmons, Robert McDonald Sr., Richard Justice, and Cliff Hicks. His Funeral Service will be held at 3:00 PM, Tuesday, November 28, 2017, at E. E. Pickle Funeral Home, Amory, with Bro. Danny Wilburn and Dr. Robert McDonald officiating. Burial will follow in Conwill Goodwin Cemetery, Nettleton, MS. Pallbearers will be Kennon Hood, Larry Conwill, Robert McDonald, Eric Larson, Paul Hogan, Mark Williams, Jay Simmons Bobby Fears, and Chris Gillentine. Visitation will be from 1-2:50PM, Tuesday, at the funeral home. Donations are suggested to Carolina United Methodist Church, 40 MTD Drive, Nettleton, MS 38858. Memories and condolences can be shared with his family at EEPickleFuneralHome.com.

Carolina Community &#8211; Edsel Wayne Conwill, 82, passed away on Saturday, November 25, 2017, at Diversicare Nursing Center in Amory. Born on July 30, 1935, in The Carolina Community, Nettleton, MS, he was a son of the late Presley Bailey... View Obituary & Service Information

The family of Edsel Wayne Conwill created this Life Tributes page to make it easy to share your memories.

Send flowers to the Conwill family.