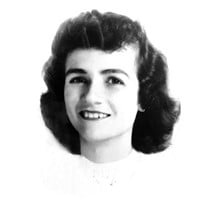 MARY JAMES 1927-2018 Dr. Mary James, whose career spanned the media and psychology, passed away in Amory, Mississippi, on Friday, December 21, 2018. She was 91. Mary was born in Amory on July 23, 1927, the second child of Kata Evanova and Naum James, recent immigrants from Macedonia. She attended Amory High School, where she graduated as valedictorian of her class in 1945. She attended Stephens College in Columbia, Missouri, and took a degree in English literature. From Stephens, along with her life-long friend Joline Bradley Archer, Mary embarked on a career in advertising and media, living for several years in Minneapolis before landing a job with NBC in New York City. She remained a New Yorker for over fifty years before retiring back to Amory in 2010. Mary's production work for NBC took her to all parts of the world, including a memorable trip to the Soviet Union at a time when few Americans had the opportunity to go there. Then in 1970 she decided to reinvent herself, returned to school and obtained a PhD in psychology from Fordham University in New York. Her subsequent career saw her as a patient advocate for such companies as Metropolitan Life and the EPCOT Center at Walt Disney World in Orlando. For half a century, Mary's apartment in Manhattan was a haven for family and friends who visited New York City; she and her long series of Lakeland terriers always had a warm welcome for visitors. Mary's enthusiasm for the Broadway theater scene and the changing array of neighborhood restaurants insured a happy Big Apple experience for all. Mary was the last of her generation of Jameses. She was predeceased by her parents; her sister Helen Pipher; and her brothers Tom, Philip, and Norman. She is survived by her nephews Mark, Terry, and Peter James; her cousins Luba Hill, Jeanette Keyser, Paul James, and Don James; and her god-daughter Mary Jo Archer Kloezeman. The family would like to thank the staff at the Oak Tree Manor Assisted Living facility for the care they gave to Mary during the last months of her life. Mary's Memorial Service will take place at First United Methodist Church, Amory, at 2PM on Friday, January 4, 2019 with Reverend Wesley Pepper officiating. Burial will be in the family plot in the Masonic Cemetery in Amory. Visitation will be on Friday, from 12:45 pm until 1:50 pm at the church. In lieu of flowers, donations may be made to the First United Methodist Church of Amory.

The family of Dr. Mary James created this Life Tributes page to make it easy to share your memories.

Send flowers to the James family.