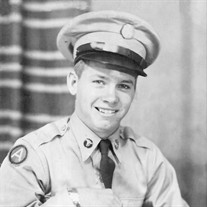 Amory— Donnie Lloyd Miller, 78, passed away on Monday, January 28, 2019 at NMMC in Tupelo. Born on January 27, 1941 in Amory, he was a son of James Oliver and Sadie Chism Miller. Donnie graduated from Amory High School, and shortly after he joined the Army National Guard. He proudly served with the guard for over 20 years. Donnie was former member of the Amory Masonic Lodge, and he was a devout member of Amory Church of Christ. Throughout his career, he was self-employed as a long-haul truck driver, and drove for Parham Trucking as well as Shelton Trucking. Donnie owned and operated Miller’s Battery Service for five years. At age 65, he retired from trucking and happily enjoyed his retirement. Donnie had a big heart, and would do anything to help his children. He loved his family and enjoyed spending time with them. In his free time, he enjoyed watching TV, especially Westerns. His favorite music was Country and Western music. Donnie was a hard worker, a good military man, and a servant to the Lord. He was a family man who will be dearly missed by his loved ones. Donnie is survived by his daughter, Paula Gale Miller Bobo, Fulton; sons, Darren Lee Miller, Amory, Warren Albert Miller, Sidney, Australia; grandchildren, Darren Lee Miller II (Chantell), Christina Michelle Miller, Joseph Oliver Lloyd Miller (Teresa), Tiffany Leanne Miller, Sully Miler, Serenity Bobo; great-grandchildren, Kaitlyn, Jerry Ben, Josiah, Kloey, Nevaeh, Jace, Gabriel, Addison; brother, Clayton Miller (Mary), Adamsville; niece, Teresa; and great-niece, Kimberly. In addition to his parents, he was preceded in death by his sister, Bernice Bryce; brother, Albert Miller; and loving wife, Gladys Rainwater Miller. A funeral service will be held for Donnie at 2PM on Thursday, January 31, 2019 at E.E. Pickle Funeral Home, with Mr. Philip Hathcock leading the service. Burial will follow at Lann Cemetery in Splunge, MS. Visitation will be on Thursday, at the funeral home, from 12PM-2PM. Memories and condolences may be shared with his family at EEPickleFuneralHome.com.

Amory&#8212; Donnie Lloyd Miller, 78, passed away on Monday, January 28, 2019 at NMMC in Tupelo. Born on January 27, 1941 in Amory, he was a son of James Oliver and Sadie Chism Miller. Donnie graduated from Amory High School, and shortly after... View Obituary & Service Information

The family of Donnie Lloyd Miller created this Life Tributes page to make it easy to share your memories.