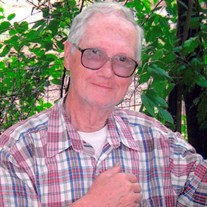 Amory — Ollie David Hoots, 88, entered his heavenly home on June 8, 2019. Born on February 28, 1931 in Smithville, MS to Roy Young Hoots, Sr. and Mildred Ila King Hoots. David attended school at both Becker and Hatley. He left school at a young age to work with his father farming. He then began a career at Pullman Couch for 20 years where he worked primarily on the Spring line. David then started work at Amwood where he was a Foreman, and at age 65 he retired after working there 18 years. He was a hardworking father and husband who had a strong faith. He was a member of Antioch Baptist Church where he was a song leader. He then joined Calvary Baptist Church in February of 1955 and for many years he was active in church, including teaching Men’s Sunday school. He married the love of his life, Eleanor Jane Gray Hoots, on October 29, 1955. Together they were blessed with a son and three daughters and he was a wonderful loving father to them all. He was also a great son in law who helped care for his in-laws who lived next door. A talented man and a gifted carpenter, he built the home they lived in until 2011 when a fire destroyed it. David could build anything, and he also could reupholster anything. Gardening was one of David’s favorite past times. He had a green thumb and could grow anything. He was also an avid flower gardener, and daily he picked fresh flowers for his wife and gave them to her. David loved Gospel music as well as spending time outside. His family meant the most to him and created many memories over the years. David will be dearly missed by his family and friends yet they have peace knowing he is in the presence of his Lord. His love will live on in their hearts forever. David is survived by his wife, Jane Hoots; daughters, Arlene McRee (Jim), Louin, MS, Darlene H Stockton (Steve), Amory, Jolene Hoots, Amory; sister, Jimmie Harris, Hatley; grandchildren, Laticia Edwards, Mike Edwards, Autumn Sumrall (Casey), James T. McRee, III; five great-grandchildren; several nieces and nephews; special friends, Joe Bickerstaff, Ronnie Boozer, Ed Gray, Clyde Gray, and Nelle Camp. In addition to his parents, he was preceded in death by son, Michael Louis Lee Edwards; brothers, Thomas Hoots, Roy Young Hoots, Jr.; and sister, Frankie Harris. His funeral service will be held at 2:30 PM, Wednesday, June 12, 2019, at E. E. Pickle Funeral Home in Amory, with Bro. Rodney Waycaster and Rev. Brian Gordon officiating. Burial will follow in Gray Cemetery, Nettleton, MS. Pallbearers will include Joe Bickerstaff, Ronnie Boozer, Danny Bickerstaff, Jimmy Phillips, Herman Mitchell, Kerry Mitchell, and Adrian Moffett. Visitation will be Tuesday evening 5-8 PM at E. E. Pickle Funeral home in Amory. Memorials and donations may be made to Calvary Baptist Church, Amory. Memories and condolences may be shared with the family at eepicklefuneralhome.com

The family of David Hoots created this Life Tributes page to make it easy to share your memories.

Send flowers to the Hoots family.