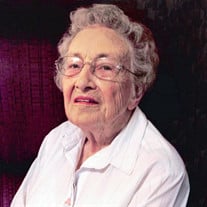 Miss Curtis Marie Weeks, 95, passed away on Sunday, October 1, 2017 at Oak Tree Plantation. Born on May 19, 1922, in Detroit, Alabama, she was a daughter of the late Charlie and Merlie Adams Weeks. Curtis attended school in Detroit, Alabama and was a faithful member of First Baptist Church in Amory. There were 6 sisters in her family and Curtis was the baby. She, along with four of her sisters, owned and operated Just Rite Beauty Shop in Amory. They were so close that they lived in the same house together until their deaths. At the beauty shop, the sisters wanted each lady to walk out of the shop looking as beautiful as a queen. They had a very special friend, Mrs. Mildred Ritter, who always brought goodies to the shop and visited with them throughout the day. When not at the beauty shop, she loved to do handwork such as tatting, crocheting, and quilting. She also loved to cook delicious food which she called “country cooking”. She made a wonderful cake which was an Apple cake made with dried apples. During the Christmas holidays, Curtis would always make her family bunches of party mix and other treats. Above all, her family was most important to her. She treated each of her nephews and nieces as if they were her own children. She lived a full life and was ready to go home to be with The Lord. Her family will always remember the love that she showed to each of them. Curtis is survived by her nephews, Herbert Scott, Sulligent, Al, Billy Loden (Joyce), Hamilton, Al, and Bobby Loden (Nora), Hamilton, Al; niece, Linda Hataway (Mack) of Montgomery, Al. She was also survived by a host of great nieces and nephews. In addition to her parents, she was preceded in death by her sisters, Etta Mae Loden (George), Mattie Lee Scott (Pervy); her sisters whom she lived with, Jimmie, Oleeta, and Pat Weeks; nephew, Charles Scott; niece, Betty Scott. A celebration of life service will be held at 2:00 P.M., Wednesday, October 4, 2017 at E.E. Pickle Funeral Home in Amory. Bro. Jimmy McFatter will be officiating. Burial will follow in Masonic Cemetery. Pallbearers will be David Hataway, Wade Scott, Mark Loden, Bryan Loden, Randy Loden and Chase Pollard. Visitation for Ms. Weeks will be from 12:00 -1:50 P.M., Wednesday, October 4, at the funeral home in Amory.

Miss Curtis Marie Weeks, 95, passed away on Sunday, October 1, 2017 at Oak Tree Plantation. Born on May 19, 1922, in Detroit, Alabama, she was a daughter of the late Charlie and Merlie Adams Weeks. Curtis attended school in Detroit, Alabama... View Obituary & Service Information

The family of Miss Curtis Marie Weeks created this Life Tributes page to make it easy to share your memories.

Send flowers to the Weeks family.