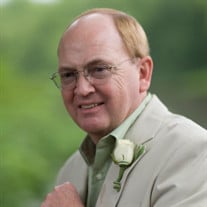 Amory – Colin Kelly Faulkner, 73, passed away on Saturday, October 14, 2017, in Amory. Born on December 1, 1943, in Hatley, he was a son of the late Bryan and Annabelle Ausborn Faulkner. After graduating from Hatley High School in 1961, Kelly graduated from Mississippi State University with a Master’s Degree in Education. As a teacher and a coach, Kelly began his career at Hatley High School. While coaching basketball with Harry Adair, they won several Girl’s State Championships in the 1970’s. Kelly accepted a teaching and coaching position at Amory Middle School. After 15 years of teaching and coaching, he changed careers and went into nursing home administration. Due to the change of his career path, Kelly returned to school and obtained another Master’s Degree from the University of Mississippi. A dedicated administrator, Kelly served as the Executive Director of Beverly Healthcare for over 30 years as well as serving as an administrator in other nursing homes. Kelly was a member of St. Andrews United Methodist Church. Loving, generous and having a heart-of-gold, Kelly loved his family and enjoyed spending time with them. He was passionate about MSU Athletics and helping people who were in need. He enjoyed golf, painting, hunting and listening to music by James Taylor. He was a kind hearted man who will leave wonderful memories with his family and friends. His legacy will live on in the hearts of those who loved and were blessed to know him. He is survived by his children, Dina Pierce and April Hitt (Chris) of Amory; Colin Faulkner (Lee), Stillwater, MN; Courtney Sartin (David), Tremont; sister, Ophelia Richardson; grandchildren, Jaynee Margaret, Shelby and Emily Pierce; Abigail, Christopher and Carson Hitt; Savannah, Ava and Jax Sartin; Parham and Lyla Faulkner; nieces and nephews, Glenda Pierce, Gloria Andrews, Butch Faulkner, Phil Faulkner and Jerry McCollum. In addition to his parents, he was preceded in death by a sister, Iris Nell Duvall, and a brother, Wendell Faulkner. His Graveside Service will be held at 1 PM, Wednesday, October 18 in Haughton Memorial Park with Rev. Brian Gordon officiating. Pallbearers will be David Sartin, Chris Hitt, Jimmy Glenn, Danny Sanders, John Cox, Dan Deaton and Buddy Parham. Honorary pallbearers will be Glen Duvall and Scott Forbus. Visitation will be from 11 AM – 12:45 PM, Wednesday, at E. E. Pickle Funeral Home. Memorial donations should be given to St. Andrews United Methodist Church, PO Box 535, Amory or Amory Food Pantry, PO Box 64, Amory. Memories and condolences may be shared with his family at EEPickleFuneralHome.com.

The family of Colin Kelly Faulkner created this Life Tributes page to make it easy to share your memories.

Send flowers to the Faulkner family.