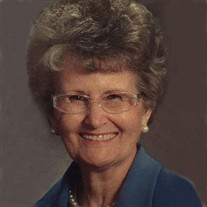 Cleta Faye Gray Burnett passed away on Monday, June 26th, 2017 at Tishomingo Manor Nursing Home in Iuka, MS. She was 84 years of age. She was born in Rienzi, MS on September 26, 1932 to James Marlin and Pearl Johns Gray. She later moved to Amory where she and her husband George owned and operated B&B cleaners for many years. There she was known as a master seamstress who performed alterations and garment repair and continued to do so well into her retirement years. Cleta always took great pride in her appearance and those that knew her would say she was always “dressed to a tee”. She was later employed by Blacks Department Store of Amory as well as the Casualaire dress shop in Amory. Her hobbies included spending time with her family, sewing, gardening and working in her yard and flower beds as well as watching and spending time with her family at horse shows. She was a faithful member of the Amory Church of Christ for many years before moving to Iuka later in life to be closer to her daughters. There she joined the Iuka Church of Christ. She was preceded in death by her parents (James Marlin and Pearl Johns Gray), a son (George W. Burnett), a sister (Mary Kathleen Barar) and her brothers (Bill, Joe, Dewayne, Donald Gray). She is survived by her faithful husband of 66 years, George E. Burnett, a twin sister, Clara Ray Bilek, daughters Carolyn Blaylock (Leslie), Dian Crawford; grandchildren Casey Cantrell (Shannon), Evan Burnett (Manda), Alisha/BB Hoots (Van), Emily McWilliams (James Drew) as well as a host of great grandchildren and great, great grandchildren and other extended family. A celebration of life service was held in her honor on Wednesday June 28, 2017 at the Iuka Church of Christ with Brother Lance Foster and Brother Phillip Hathcock officiating. A private burial was held at Haughton Memorial Park in Amory. In lieu of flowers, donations can be made to the Tishomingo Manor Resident Donation Fund. Memories and condolence may be shared with her family at EEPickleFuneralHome.com

Cleta Faye Gray Burnett passed away on Monday, June 26th, 2017 at Tishomingo Manor Nursing Home in Iuka, MS. She was 84 years of age. She was born in Rienzi, MS on September 26, 1932 to James Marlin and Pearl Johns Gray. She later moved... View Obituary & Service Information

The family of Cleta Faye Gray Burnett created this Life Tributes page to make it easy to share your memories.

Send flowers to the Burnett family.