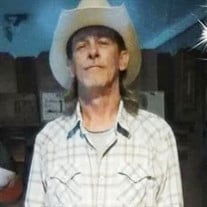 Amory – Charlie Curtis "Cowboy" Northington, 56, passed away on Saturday, April 17, 2021, at North Mississippi Medical Center, Tupelo, MS. He was born on June 2, 1964, in Moline, IL, to Georgia Eads Thomas and the late Buford Northington. Curtis grew up in a large family with two brothers and three sisters. He started working odd jobs at a young age. He eventually became self-employed, working as a carpenter and doing construction for Tim Jones as well as doing mechanic work for Sam Stevens Motors. Over the years, he also would help his father finish homes with Jim Walters builders. During his lifetime, he was blessed by God with a family whom he cared about. Curtis was outgoing, sweet, funny, and talked a lot to everyone. He attended Grace Fellowship Baptist Church. In his free time, he liked to go fishing with his close friend Mike Houser. Curtis enjoyed listening to country music and he liked dressing in his cowboy clothing. He was detailed orientated and could easily assemble difficult model cars. His family and friends will miss him yet they know he is now free from pain and in peace. He is survived by his wife, Teresa Box Northington; daughter, Shelly Northington, Mantachie; mother, Georgia Eads Thomas, Bushnell, FL; sisters, Judy Hawkins, Amory, and Teresa McGregor, Arkansas; brother, Ralph Northington (Carol), Sulligent, Al; special friend, Mike Houser; 12 nieces and nephews; 3 step-children. He was preceded in death by his father, Buford Northington; sister, Anita Northington; brother, Thomas Northington; sister-in-law, Sheila Northington. A Private Memorial Service will be held at a later date. Memorials may be made to St. Jude Childrens Hospital, 501 St. Jude Place, Memphis, TN. Memories and condolences may be shared with his family at EEPickleFuneralHome.com.

The family of Charlie Curtis "Cowboy" Northington created this Life Tributes page to make it easy to share your memories.

Send flowers to the Northington family.