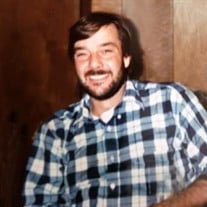 Wren - Charles Hansel “Chuck” Chism, 64, passed away on November 5, 2020, at North Mississippi Medical Center, Tupelo. Born on December 1, 1955, in Aberdeen, Chuck was the son of the late Kirgus Hansel and Mary Kate Caldwell Chism. Chuck was a lifelong resident of Wren, MS. Growing up, he attended both Wren and Amory schools. An accomplished diesel mechanic, Chuck learned his skills at a young age while working with his Daddy. He was employed with Atlas, Eutaw Construction, and SSI. During his lifetime, he was blessed by God with a daughter, grandchildren, and large loving extended family. Growing up Baptist, he believed in the Lord and attended Central Grove Baptist Church. Chuck enjoyed tinkering with odds and ends and making model cars. He was an avid collector of eclectic things. Chuck loved to garden and loved to share his harvest with friends and family. Chuck had a huge heart and was loved by many. One of his last gifts, to mankind, was to be an organ donor, so others may live. He will be missed dearly. Left behind to cherish his memories, are his daughter, Jessica Chism Speck (Brandon); grandchildren, Spencer Hayes and Finley Claire Speck; mother of his daughter, Renee Wright; three sisters, Anna Teresa Chism, Libby Chism Hall (Phil), and Phyllis Chism Kirkland (Jeremiah); nieces and nephews, Heather Callahan, Katie Oliver (Ryan), Victoria Woodward, Melanie Hopkins (Kenneth), Cheri Williams, Charlie Hall (Tabitha), Steve Hall (Amber), Casey Holloway (Andy), Curt Bell (April), Amanda Schmidt and a host of great nieces and nephews. A heartfelt thank you to his special friends, David Renfroe, Wanda Stegall, and Brenda Williams. In addition to his parents, Curtis “Peanut” and Mary Kate Caldwell Chism, he was preceded in death by his sister, Marsha Kay Chism Hill. His Graveside Funeral service will be held at 11:30 AM, Sunday, November 8, 2020, in Wren Cemetery with Bro. Dennis Smithey officiating. Pallbearers will be Curt Bell, Charlie Hall, Steve Hall, David Renfroe, Jody Dodd, and Ralph Bell. Memories and condolences may be shared with his family at EEPickleFuneralHome.com.

The family of Charles Hansel "Chuck" Chism created this Life Tributes page to make it easy to share your memories.

Send flowers to the Chism family.