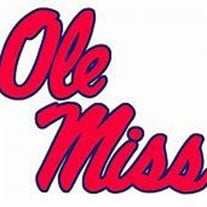 Amory—Charles David “Dick” Millender, 85, passed away Sunday, October 20, 2019. He was born in Monroe County and was a son of the late William Jack and Lucille Gilreath Millender. He graduated from Okolona High School in 1952, and the University of Mississippi Pharmacy School in 1958. He was employed by Stewart Drug Company in Okolona from high school until he came to Amory in 1959. He was a member of the Mississippi National Guard from 1957-1966. His unit was taken into United States Service during riots at Ole Miss in 1962. Dick was a member of First Presbyterian Church Amory, where he served on the session for many years. He was also a member of the Okolona Masonic Lodge where he received his 60 year member pin in 2018. Dick was a member of Amory Main Street Foundation, Member and President of the Amory Chamber of Commerce, where he helped establish the Amory Railroad Festival, and also served on the Amory Board of Adjustments. He served on the Board of Directors for Amory Federal Savings and Loan, was a member of Rotary International where he was a Paul Harris Fellow, and was also a member and president of the Mississippi Board of Pharmacy, and the Ole Miss Alumni Association. He also was a volunteer with the Amory Food Pantry. Dick married the love of his life, Evelyn in 1960 and they owned Peoples Drug Company together until her death in 2010. They loved and treated their employees and customers like their family. He closed the drug store in 2011 after more than 50 years in business on Main Street Amory. He loved spending time with his children, grandchildren, and great grandchildren. The family would like to thank Gilmore Memorial Hospital, Dr. Hoang and his staff, and the staff of Diversicare of Amory for their service, consideration and love of Mr. Dick. He is survived by his son: David Millender (Lynn), Amory; step-daughter: Patricia MacDivitt (Mac), Amory; grandchildren: Jeb, Billy and Emmy Millender; Lee MacDivitt (Tera); great-grandchildren: Cooper and Evelyn; sister-in-law: Carnell Millender; and nephew: John D. Millender (LaDonna). In addition to his parents, he was preceded in death by his loving wife, Evelyn Gregory Millender; brothers: John Millender and Billy Millender (Sue). Visitation will be Tuesday, October 22 from 5-8pm at Pickle Funeral Home in Amory. A celebration of life service will be held at 3:30 PM, on Wednesday, October 23, 2019 at the First Presbyterian Church in Amory. Bro. Coy Hill and Bro. Stanley Blaylock will be officiating. Burial will follow in the Amory Historical Society Cemetery. Pallbearers will be Kevin Adkins, Fletcher Bailey, Malcolm Bender, Steve Brandon, Hob Bryan, Carl Cadden, Tommy Cole, Michael Farrar, Bill Griffith, Bobby Hall, and Greg Harris. Honorary pallbearers will be Donald Baker, Hobdy Bryan, Thomas Griffith, John Andrew Gregory, Eddy Holden, Frank Owen, Pete Randle, Hal Rogers, Bill Stewart, and the employees of People’s Drug Company. In lieu of flowers, the family asks that donations be made in his memory to Diversicare of Amory, First Presbyterian Church, or the charity of their choice.

The family of Charles 'Dick' Millender created this Life Tributes page to make it easy to share your memories.

Send flowers to the Millender family.