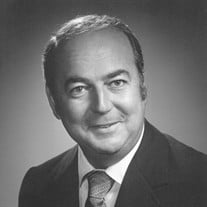 Charles W. “Chuck” Kennedy Amory – Charles “Chuck” Kennedy, 89, passed away Friday, May 26, 2017, in Palm City, Florida. Born on June 18, 1927, in Monroe County, he was a son of the late Casper Kennedy and Travis Ann Gideon Kennedy. Chuck was born and raised in Amory, Mississippi. After attending high school, he joined the Navy. He served as an electrical engineer on a ship, mine sweeping in the South China Sea after the surrender of Japan. He served in the Navy for one year. After a year of school at Mississippi State, he enrolled at Harris Art School in Nashville, Tennessee, where he met the mother of his two children, Lucille McGalliard. After they married, they moved to Sarasota, Florida, where he completed his courses in Commercial Art. Chuck established his own advertising agency in a place he could pursue one of his greatest pleasures: fishing in both saltwater and freshwater. He and his family would spend many weekends on the gulf or rivers in Myakka Park. Along with his passion for fishing, Chuck also had a great passion for picking on his old Gibson guitar or learning to play “Scruggs” style on his banjo. Bluegrass and ole time gospel music were his favorites, although on occasion you could find him listening to Jimmy Buffet. Chuck moved his business to Amory to assist his sister, Agnes, during her illness. After her passing, he moved back to Florida to live on a boat in a Marina between Lake Okeechobee and Stuart. He was very happy there until his health intervened. He had strong faith in God and was a member of the Methodist Church. While living in Mississippi, he would often listen to the Fulton Gospel TV station where local groups performed gospel. In Florida, he would watch inspirational music videos on YouTube. Even though Chuck spent most of his life in a state full of people migrating from all over the country to escape harsh winters, he never lost his southern accent. He always wanted folks to know where he came from. His passion for life and his sense of humor will be missed dearly by friends and family alike. He had a well lived life and he was well loved. He is survived by his daughters, Cathy Jill Kennedy Martin, Rebecca Ann Pedersen; grandchildren Travis Howard Niolet, Damian Joseph Niolet; great grandchildren Calista Niolet, and Christopher Niolet. Along with his parents, he was preceded in death by his sister, Agnes Alene Kennedy. A celebration of life ceremony will be at 11 AM, Friday, June 2 at E. E. Pickle Funeral Home, Amory, with Rev. Don McCain officiating. Visitation will be from 9:00-10:45AM, Friday at the funeral home. In lieu of flowers, memorials may be given to First United Methodist Church, P.O. Box 147, Amory, Mississippi, or to a charity of choice. Cards or condolences for the family can be mailed to the funeral home for forwarding: Charles "Chuck" Kennedy, in care of E. E. Pickle, P.O. Box 127, Amory, MS 38821. Memories and condolences may be shared with her family at EEPickl Memories and condolences may be shared with his family by clicking on the button to the left.

The family of Charles "Chuck" Kennedy created this Life Tributes page to make it easy to share your memories.

Send flowers to the Kennedy family.