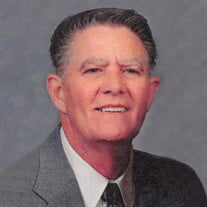 Wren – Bryan P. “Buzz” Sawyer, 75, passed away on October 13, 2017, at NMMC, Tupelo. Born on October 22, 1941, in Dillon, SC, he was a son of the late Boyd L. and Elizabeth Ruth Christmas Sawyer. Buzz was a graduate of Dillon, SC, High School. He joined the US Air Force and honorably served for four years during the Vietnam War. Buzz was proud of his service to his Country and being a veteran. He also furthered his education by attending MSU. On June 14, 1964, he married the love of his life, Jan Kirby. Buzz began his civilian career as a Federal Inspector at Bryan Foods. He later worked for the US Postal Service in Tupelo and he retired as a supervisor in 1997. Outgoing and having an infectious smile, Buzz never met a stranger. Very loving and having a big heart, he dearly loved his family. A man of strong faith, Buzz loved the Lord. He was a member of Central Grove Baptist Church, where he was a Deacon and a former Sunday school teacher. Passionate about the Red Cloud Indians in Montana, he loved their children. He was a supporter of Friends of Israel, Habitat for Humanity and St. Jude. Buzz enjoyed working his Angus cattle, traveling to Myrtle Beach, and listening to Classical and Country music. He is survived by his children, Beverly J. Haney (James Richard), Wren; Kirk Sawyer (Angel), Wren; Bart Sawyer (Darlene), Warner Robbins, GA; grandchildren, Zane Kirby and Lauren Elizabeth Sawyer; Jay and Drew Haney; Michael Gonzales; Genaveve Skinner; Victoria Gonzales; Niesha Toll; Christian Tellez; great-grandchildren, Huck Haney; Natalie, Ariel and Samuel Tellez; Lexi Toll; sisters, Elizabeth Hamilton and Sara Shepherd (Gerald), Hartsville, SC; brothers, Boyd L. Sawyer, Columbia, SC; Dr. Sidney Sawyer (Bonnie), Falkville, AL; several nieces and nephews. In addition to his parents, he was preceded in death by his wife of 44 years, Jan Sawyer; sister, Ramona Sawyer His Funeral Service will be held at 2PM, Monday, October 16 at Central Grove Baptist Church, Wren, with Bro. Dennis Smithey officiating. Burial will follow with Military Honors in Haughton Memorial Park. Pallbearers will be Jimbo Morgan; Zane and Eric Sawyer; Dale Langford; Dennis Herndon; Will Smithey; Drew and Jay Haney; and Allen Caldwell. Visitation will be from 5 – 8 PM, Sunday, at E. E. Pickle Funeral Home, Amory. Buzz will lie-in-state at the church from 1 PM until the service hour. Donations can be made to Central Grove Baptist Church, 30298 Ctrl. Grove Rd., Aberdeen 39730; Red Cloud Indians; Friends of Israel; Habitat for Humanity; or St. Jude. Memories and condolences may be shared with his family at EEPickleFuneralHome.com. Memories and condolences may be shared with his family at EEPickeFuneralHome.com.

The family of Bryan 'Buzz' P. Sawyer created this Life Tributes page to make it easy to share your memories.

Send flowers to the Sawyer family.