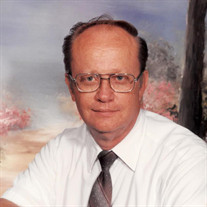 Amory - Brendan Mathew Miles, MD, 82, passed away at his home on June 15, 2021, from a long-standing illness, CIDP. Brendan was born on November 10, 1938, in New Orleans, LA, to Dr. John M. Miles and Edith de Gravelle Miles. After finishing medical school in New Orleans, he practiced radiology at Lafayette General Hospital in the 1970s before accepting a position in Amory, MS, where he resided for 42 years and practiced medicine for 34 years. Dr. Miles was a member of St. Helen Catholic Church in Amory, the Rotary Club, the National Rifle Association, the Mississippi State Firearms Owners Associations, the Sons of Confederate Veterans, and the Pilot Association. He was board certified by the American Board of Radiology and the American Board of Nuclear Medicine. His professional memberships included American Medical Association, Radiological Society of North America, American College of Radiology, American Institute of Ultrasound in Medicine, and Society of Nuclear Medicine, as well as numerous state and local medical societies. He is survived by his former wife, Betsy Hays; children Kim (Jody) Haynes of Miami, FL; Bryan (Kay) of Jackson, MS; Sean of Myrtle, MS; Christie (Chris) Cruthirds of Pass Christian, MS; John (Jennifer) of Greeneville, TN; David (Stacy) of Asheville, NC; and Steve (Amy) Chilcoat of Amory, MS; sisters Kathleen of the Daughter of Charity in St. Louis, MO and Maura (Barry) Owen of Buena Vista, AR; brother Terry Kelleher (Dennis Messier) of Youngsville, LA; grandchildren Brendan Miles,Aaron Miles, and Brittany Miles Quinn; Taylor Wilson; Jordan, Peyton, and Riley Cruthirds; Conor, Cade, and Cami Miles; Kyndal and Raegan Miles; and Alex and Emma Chilcoat; as well as numerous great grandchildren. He is preceded in death by his parents and his brother, Kevin Miles, of Lafayette, LA. He was a faithful friend, father, grandfather, and brother who will be remembered for his steadfast determination, generosity, and sense of humor. He will be greatly missed by his family and friends. Visitation will be at 1:00 pm on Friday, June 18, at St. John’s Cathedral in Lafayette, LA, followed by a funeral mass at 2:00 pm. In lieu of flowers, Brendan has asked that you please make a donation in his name to the charity of your choice. Condolences and memories may be shared with his family at eepicklefuneralhome.com

The family of Dr. Brendan Miles created this Life Tributes page to make it easy to share your memories.

Send flowers to the Miles family.