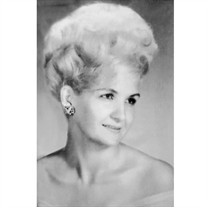 Smithville— Bea Shoumake Ray, 79, passed away on August 8, 2017, at Methodist University Hospital in Memphis, TN. Born on January 4, 1938, in Manila, Arkansas, she was a daughter of the late Charles Randolph and Essie White Shoumake. Bea attended school in Turrell, AR. During her career, she worked in restaurants and as a garment factory worker. She owned a couple of cafes, including Cozy Corner Café and Bea’s Place. She attended a Cowboy Church in Arkansas. Bea was known for her beauty and her love for her family. She had no fear of giving tough love, and was very stubborn. This didn’t change when her grandkids were brought into the world, however, one of her greatest joys was spoiling them. Bea enjoyed holidays and cooking a spread for everyone. Her favorite dishes were dressing and cornbread, cat-head biscuits, and coconut cake adorned with strawberries. Bea loved to visit her flowerbeds and watch the hummingbirds, and one could often find her playing goofy games on Facebook. In her spare time, Bea would listen to old country stations, where her favorite artist, Conway Twitty, would appear. Her favorite songs were “Me and Bobby Magee,” “Baby Has Her Blue Jeans On,” and “Boots Were Made for Walking.” She also enjoyed watching wrestling and spending time with her dogs. A few of her favorite pastimes include yard sales and antique shopping. Bea loved her family and taught them about life. A strong and loving mom, she guided her family through obstacles, good and bad. She taught them the love of Christ and made sure her grandchildren were brought up with love and plenty of pranks. Bea will be remembered often and fondly for her beauty and grace, as leaves a legacy of love for her family to remember. She is survived by her daughters, Betty Harvison (Julian), Earle, AR, Glenda Adams (Frank), Smithville, Brenda Jo Wilborn, Hughes, AR, Marsha Ray, Smithville; son, Roger L. Henry, Shell Lake, AR; sisters, Helen Davis, St. Louis, MO, Mary Brown, Jackson, TN; eighteen grandchildren; numerous great-grandchildren; and several nieces and nephews. In addition to her parents, she was preceded in death by her spouse, Bobby Joe Ray; son, Billy Henry; brothers, B.A. “Shotgun” Shoumake, Charles Shoumake, Jerry Lee Smithe; and special friend, Corrine Stafford. A celebration of life service will be held at 11AM on Thursday, August 10, at E.E. Pickle Funeral Home, Smithville, with R-Kay Wilkerson officiating. Burial will be in New Salem Cemetery in Walnut, Mississippi. Pallbearers will be John Carrothers, Bart Gunn, Teddy Faulkner, Jason Comer, J.W. Posey, and Colby Comer. Visitation will be from 5 – 8 PM, Wednesday, August 9, at E. E. Pickle Funeral Home, Smithville. After visitation on Wednesday, the family has invited all in attendance to join them afterwards at Adams Family Restaurant in Smithville. Memories and condolences may be shared with her family at EEPickleFuneralHome.com.

Smithville&#8212; Bea Shoumake Ray, 79, passed away on August 8, 2017, at Methodist University Hospital in Memphis, TN. Born on January 4, 1938, in Manila, Arkansas, she was a daughter of the late Charles Randolph and Essie White Shoumake. Bea... View Obituary & Service Information

The family of Bea Ray created this Life Tributes page to make it easy to share your memories.

Send flowers to the Ray family.