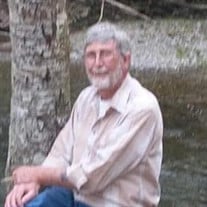 Barry Donald Mathis Tupelo – Barry Donald “Don” Mathis, 80, began his new life in Heaven on Friday, September 18, 2020. Born on July 21, 1940, in Booneville, MS, he was a son of the late James Alfred and Frankie Ilene George Mathis. Don grew up in a family with five siblings in Prentiss County, MS. They were a close family and helped each other out during hard times. A proud American, he joined the United States Navy at a young age and served from 1956 until 1959. Upon leaving the service, he began providing for his family. He was blessed by God with five children and throughout his whole life, he was a great role model for them. Don was always on time, very outspoken, and a hard worker. He was a machine operator for many years and one of his closest friends at work was Mike Mann. A great provider, he retired from True Temper after working 24 years. He believed in God and showed his faith through his love for family and others. Don was a member of Unity Baptist Church in Amory and he was baptized there. A true servant, he helped others in need and he coached children in Little League Baseball for years. One thing he would not tolerate was a liar and he always directed his children and family on the importance of truth. During his downtime, he liked to be outdoors, working in the yard or fishing. Many memories were made over the years with some of his best friends, Mike Mann, Rodney Lindsey and his kids, while they were in a boat on the verge of making the big catch. Don enjoyed an occasional nap, liked the thrill of Nascar and was a diehard Dale Earnhart fan. He was also an avid fan for MSU. A father of five, Don blessed his family and friends with so many years of great memories. They are forever grateful for all he was in their life and they will cherish the times spent with him. He is survived by daughters, Amy Mathis, Becker, Lesley Mathis, Amory, Jennifer Tackett (Dylan), Amory, and Stacey Jennings, Shannon; son, Barry (Kim) Mathis, SC; grandchildren, Brent Atkins, Alicia (Trey) Adams, Lauren (Dylan) Singh, Jacob Phillips, Bill (Tabitha) Beasley, Zack (Tori) Smith, Ben (Nicole) Mathis, Shelby Rye, Kameron Rye, Ashley Beasley, Aubrey Jennings, Joseph Stuart, Tucker Stuart, Angel Tackett, Carley Tackett and Nathan Tackett; 16 great-grandchildren; and a host of nieces and nephews; special friends, Joyce Mathis, Mike Mann, Billy Miles and Rodney Lindsey. In addition to his parents, he was preceded in death by sisters, Mildred Whitehurst and Joann Mathis; brothers, Gerald Mathis and Jimmy Mathis. A Celebration of Life Service will be held on Tuesday, September 22, 2020 at 1:00 pm at E. E. Pickle Funeral Home, Amory, with Pastor Zackery Smith officiating. Burial will follow in Greenbriar Cemetery, Becker, MS. Pallbearers will be Zack Smith, Bill Beasley, Brent Atkins, Ben Mathis, Ronnie Mathis and Dylan Tackett. Visitation for family and friends will be on Tuesday, from 11:00 am until the service hour at the funeral home chapel in Amory. Memories and condolences may be shared with his family at EEPickleFuneralHome.com

The family of Barry "Don" Donald Mathis created this Life Tributes page to make it easy to share your memories.

Send flowers to the Mathis family.