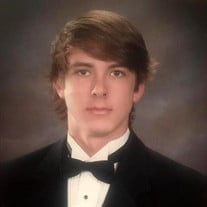 Aubrey Thomas Cox Smithville— Aubrey Thomas Cox, 19, passed away on Tuesday, October 16, 2018, in Smithville. Born on April 10, 1999, he was the son of Lynn and Stacie Runnels Cox. Aubrey graduated from Smithville High School with the Class of 2017. He was a sophomore at Itawamba Community College. He was a member of the Beta National Honor Society and Phi Theta Kappa. He won the Woodmen of the World History Award and was voted Mr. SHS his senior year of high school. Aubrey was a great student who strived to always be his best and be successful in his endeavors. His academic life was very important to him, and he aspired to one day be a traveling nurse. He was raised up in the Baptist church and his faith in Jesus guided his life. Aubrey attended Pearce Chapel Free Will Baptist Church. A handsome, loving, carefree young man, he was well loved by his classmates and teammates. Aubrey loved sports, especially football and baseball. He enjoyed helping with younger baseball players at summer baseball camps, and he was even a mentor to his sister, who played softball. Aubrey was an outgoing and loveable guy. He had a huge heart for others, and never met a stranger. Aubrey was a fan of MSU baseball and football. He enjoyed spending time with his friends and going on trips to the beach. In his free time, Aubrey would spend time outdoors with friends, whether it be hunting deer or turkey, fishing, or playing ball. He liked to drive his family’s John Deere tractor and help on the farm by feeding cows. He loved his Mawmaw’s cooking and spent a lot of time with his family. Aubrey was a wonderful son and friend. He loved his family most of all. His absence has broken the hearts of all of the lives he has touched in Smithville, as well as his college classmates. Aubrey will be dearly missed, but this is not goodbye for his family and friends and they will see him again one day. The wonderful memories he gave will be cherished forever. Aubrey is survived by his parents, Lynn and Stacie Cox, Smithville; sister, Lindsey Cox, Smithville; grandparents, Gail Runnels, Becker, Arlon Lynn and Ouida Wells Cox, Smithville; aunt, Emily Webster (Ross), Memphis; cousin, Sloan Webster; great-aunts and great-uncles, Randy and Mary Anderson, Aberdeen, Dianne Munn, Aberdeen, Reda B and Mike Bird, Aberdeen, Brenda and Richard Beaty, Aberdeen; Carol and Tony Hillhouse, Maben, MS; Brenda Collums, Smithville; Bett and Junior Tucker, Fulton; Sue Mears, Mantachie; Nadine and Archie Wilson, Corinth; and a host of cousins, friends, and classmates. He was preceded in death by his great-grandparents, Albert and Bonnie Runnels, Aubrey Cox, Lella Mae Cox; Troy and Lois Anderson, Robbie Anderson, Charles Wells, and Chalmus and Vivian Wells. A funeral service will be held at 2 PM Sunday, October 21, 2018, at Smithville Baptist Church. Bro. John Johnson, Bro. Jason Green, Bro. Kevin Crook, and Bro. Chad O’Brian will be officiating the service. Burial will follow at Pearce Chapel Cemetery. Pallbearers will include Bradon Kimbrough, Heath Noe, Grant Johnson, Chris Lockhart, Stuart Coggins, Wesley Grier, Peyton Blair, Brandon Blair, Blayde Scott, and Dustin Moffet. Honorary pallbearers will be Blake Comer, Cameron, Wardlaw, Chet Moffett, Will McNeese, Dylon Kennedy, Trey Morgan, Bryson Wiggington, Fisher Young, Tyler Murry, Brock Kennedy, Hunter Leech, Mason Powell, Sloan Hillhouse, Peyton Collum, Trevor Cantrell, Blane Knight, John Paul Cromwell, Coleman Leech, Caleb Leech, Jared Johnson, the Smithville Football and Baseball teams of 2016-2017, and the Smithville Senior Class of 2017. Visitation will be from 5-8PM Saturday, October 20, at Smithville Baptist Church. Donations may be made to the American Cancer Society, P.O. Box 22478, Oklahoma City, OK 73123 Memories and condolences may be shared with the family at eepicklefuneralhome.com

Aubrey Thomas Cox Smithville&#8212; Aubrey Thomas Cox, 19, passed away on Tuesday, October 16, 2018, in Smithville. Born on April 10, 1999, he was the son of Lynn and Stacie Runnels Cox. Aubrey graduated from Smithville High School with the... View Obituary & Service Information

The family of Aubrey Cox created this Life Tributes page to make it easy to share your memories.