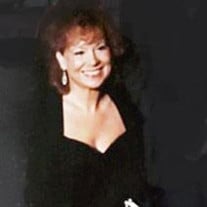 Karon “Annette” Miller Amory – Karen “Annette” Rowan Miller, 80, passed away on Tuesday, December 15, 2020, at North Mississippi Medical Center, Tupelo. Born on February 4, 1940, in Smithville, MS, she was a daughter of the late Alfred Freeman Rowan and Alva Irene Hairston Rowan. Annette was born in Smithville and later moved to Illinois where she focused on her education. She received her Bachelors in Fine Arts and then BSN/RN at The College of Saint Francis as well as a Masters in Science. She was an RN for over 40 years and she worked in Nursing Homes and Hospitals including Pioneer Hospital in Aberdeen. She loved to take care of people and nursing was her gift. She often would stay past her shift and just sit with her patients. She married the love of her life, Dick Miller on April 14, 1970 and they were blessed with two daughters. She and Dick were members of Grady’s Chapel Church in Wren and Annette played the piano often when she was able. She loved God and had a close relationship with God. She walked out her faith by selflessly serving and loving her family and her patients. One of her close friends was Eva Scheopp whom she knew for over 60 years and they were basically sisters. Another close friend for over 40 years was Linda Key with whom she traveled and did many things together. Annette loved people and animals. She was a member of the ASPCA, helped save animals, donated to shelters, took in strays, and gave faithfully to LeBonheur’s Children Hospital. She and her husband also owned and operated a bar/restaurant for 25 years. They had a funny sense of humor and played tricks on each other often. Her favorite phrase was “if momma ain’t happy, nobody is happy”. She liked to listen to Robert Johnson or anything that made her toes tap. Reading, enjoying a good cup of coffee, and writing were favorite past times. One of her most favorite things to do was to go shopping for the next greatest deal. So many great memories were made over the years and her family and friends will cherish them forever. Annette was a caring, giving, and loving person who will be missed dearly. A memorial service will be held at a later date. Left behind to cherish her memories is her daughters, Bobbie Johnson (Kevin), Fulton, MS, Mandy Toole Reeves (James), Amory; grandchild, Lucian Johnson, Fulton; brother, Wayne Rowan (Valorie), FL. In addition to her parents, she was preceded in death by her loving husband, Richard “Dick” Miller. Donations in lieu of flowers may be made to LeBonheur’s Children Hospital, 848 Adams Ave., Memphis, TN 38103 or ASPCA, PO Box 96929, Washington, DC, 20077-7127.

The family of Annette Rowan Miller created this Life Tributes page to make it easy to share your memories.